The world's most popular bitter aperitif, and the impact ingredient behind a classic family of cocktails, including the Negroni 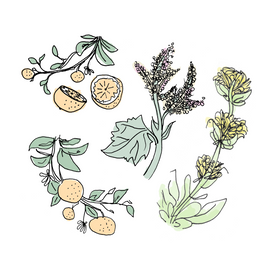 The original formula for Campari was developed by Gaspare Campari in 1860. Six year later, he opened the bar Camparino in the heart of Milan, where it still serves his namesake liqueur today. According to the company's website, the recipe is a carefully guarded secret, though this secrecy is a standard for most older European heritage amari. Campari is dominated by notes of intense bitter citrus peel, followed by a syrupy sweet viscosity that makes the mixture a perfect companion to strong, spirit-forward drinks.

In the teens and early twenties, Campari became a hot commodity in a variety of popular cocktails, including the famous Negroni, which according to legend, the Count Camillo Negroni invented in 1919. Campari is a perfect pair with italian sweet vermouth, resulting in a family of incredible classics like the Americano, old pal, and boulevardier. For more adventurous days, look toward a host of modern classics like the scorched earth, gloria, and arrack strap.

In recent years, as the amari market has boomed, Campari has acquired a set of interesting and fun competitors, several of which are American. Californian spirits upstart Tempus Fugit offers Gran Classico, which has a slightly more bitter and funky profile that can be subbed 1:1 into many Campari drinks to outstanding results. If that isn’t enough bitterness, consider another Californian company. St. George Spirits from Alameda sells their Bruto Americano label, which tastes like a bomb of bitterness. Bruto can be more difficult to work with than Gran Classico, and can’t simply be subbed into any traditional Campari drink without some risk of disaster. That said, the successes justify the experimentation, as this mixture’s wild flavor can yield some remarkable and unforgettable experiences.