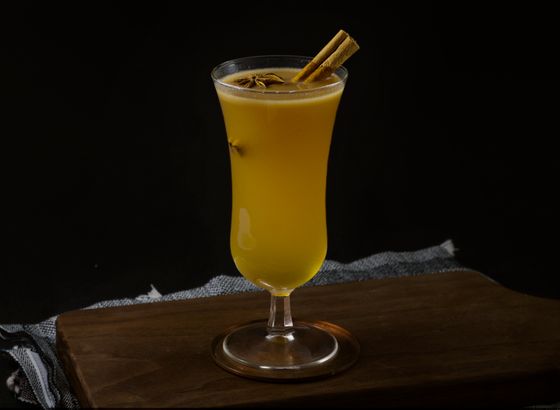 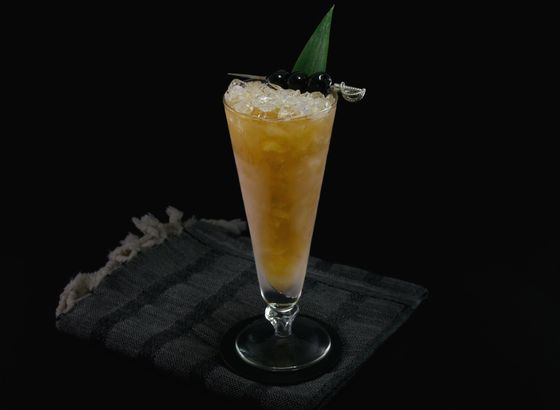 Given the name allspice by the English for its ability to mimic clove, cinnamon, nutmeg, and ginger all at once, the flavors derived from the Pimenta dioica tree are essential to cooking in the West Indies. This tropical bush grows naturally on many carribean islands as well as the Yucatan peninsula, where it was mixed with drinking chocolate by the Mayans. When the Spanish arrived in the Americas, they discovered Allspice and—as was so often the case—found a willing buyer in the English, who liked to use it in pickling brines and stews. Today, the finest Allspice comes from Jamaica, where the climate and soil are perfectly suited for growing it. The Jamaicans employed their homemade allspice dram for cooking, as a marinade for meats or an easy flavoring agent in sauces and stews, but as the cocktail movement swung into full effect, enterprising bartenders began experimenting with it in their drinks.

No cocktail represents the early employment of allspice dram better than the Lion's Tail, which was credited to L.A. Clarke in 1937’s Cafe Royal Cocktail Book, though the recipe might have remained obscure if it weren’t for Ted Haigh’s loving feature of it, along with allspice dram, in his seminal Vintage Spirits and Forgotten Cocktails. Allspice dram would eventually discover its true application with the rise of tiki; our 1947 copy of Trader Vic’s Bartender’s Guide lightly employs Allspice dram in short cocktails like the Porto Rico and Mexicano. Allspice dram was poured more liberally by the father of Tiki, Donn Beachcomber, in his infamous three dots & a dash. While Donn didn’t use allspice dram in his famous navy grog, Trader Vic did, and so did Beachbum Berry when he revived the recipe in 2007 for his classic Ancient Mariner.

When Ted Haigh first featured the Lion’s Tail and the Ancient Mariner in Vintage Spirits and Forgotten Cocktails, he bemoaned the lack of Allspice Dram on local shelves. By the second edition of the book, Haus Alpenz had begun importing its excellent St. Elizabeth Allspice Dram, which remains a standard to this day with its intensely spiced sweetness. Hamilton Rum now offers a fabulous alternative to Haus Alpenz with a funkier profile more akin to a swedish punsch. In addition, Bitter Truth sells one, though we haven’t tried it. Allspice dram may be used as a modifier, as Trader Vic’s team often employed it, by adding a few dashes. It may also be used as a sweetener, as the lion’s tail does, making it an exceptionally versatile choice for bars of any size. Because it is sweet and spiced, with a balanced profile, allspice dram is quite easy to work with. Try it out when developing new recipes for yourself, or as a subtle tweak to popular classics. If that weren't enough perks, allspice dram can continue to be employed the way it was originally intended: as a flavoring agent in sauces and marinades.